The Womyn of Blackbaud

The Womyn of Blackbaud

Maybe Uber. Or #MeToo. Or #TimesUp. Or Silicon Valley networking sex parties. Or news stories about the lack of women in computer science and high tech. Or admissions of assault limiting your career path to just the Oval Office. Maybe my two daughters. Maybe.

The truth is they are awesome all on their own, regardless of current events and despite my accolades. The womyn of Blackbaud have consistently stood up, spoken out, taught what they know, and made Blackbaud (and me) better.

I am under no delusion that Blackbaud is some utopia where pay gaps and male privilege don’t exist, but I do know that since 1999, for me, it has consistently been womyn at Blackbaud that have made all the difference.

Of course, the danger with lists is forgetting. As soon as I hit publish, I will remember someone else I should have named and regret my attempt to enumerate, but I can’t not mention, specifically:

Living proof that hard work and delighting customers pays off — she seems to have taken every accolade not as an entitlement but as encouragement to work even harder. I remember getting a phone call from her about a support issue after one of her significant promotions and I apologized for taking her away from what I thought must be more important managerial duties and, without making a big deal out of it, she simply stated that her speaking to me was exactly what she was supposed to be doing. “You had me at, ‘Hello’.”

Need an ally on your side in a disagreement with Blackbaud over anything? Jane seems incapable of BS and is refreshingly unafraid to say when Blackbaud got something wrong — or right. During some of the dark days of early hosting Jane kept us using Blackbaud solutions and taught me one of the most powerful things you can do is admit a failure, compensate fairly, and execute an improvement. I miss Jane.

Anyone who can’t say the word “microservices” without ending in a smile is exactly who should be leading the technology side of the house. I remember standing in a too-expensive wooden hallway on Kiawah, embarrassed that my $70 Cole Haan knock-offs were squeaking on the floor, trying to sound intelligent and pay a compliment about recent tech improvements, and Mary Beth touches my forearm to gently interrupt me and say, “But, really, it’s all about the microservices.” If it’s true that Blackbaud was so late to the cloud they are one of the few companies that got it right, I’m grateful for Mary Beth and the alchemy that converts Component Object Modeled software executables into API calls and JavaScript.

Loyalty and work without attitude. Emilie has weighed in and put the pieces back together for me too many times to recount, but what I remember most is arriving late for a BBCON registration and, when I knew she could have begged off and been doing anything else, there was Emilie checking people in, saying hello, giving hugs, and it left an impression.

Who taught me, with more grace than I deserved, that cheer and grit are not mutually exclusive. I am grateful for her work, her grace, and, yes, her cheer. Plus, she’s way better than Cory at Texas Hold’em.

“Stop asking for features and just describe the problem!” What a revelation. For almost 20 years I’ve been whining about needing feature X, Y, and Z (e.g., SmartyStreets) when all along I think I should have been bending the ears of folks with the power to implement change by just describing my problems. I’d follow Janet’s lead anywhere.

12 months to turn around anything. I’m still stunned by what and how Julia was able to do with schedule maker in the ON products in less than a year, and I’m still stunned by the two hours she spent on a phone/WebEx with me listening to what must have sounded like (been?) a constant screed of complaints. Also, anyone who can outwit a hurricane….

198 million reasons to stick to your guns. I can’t begin to imagine the pressures to mind-meld Smart Tuition + ON + Student Billing much less the clash of cultures from three different origin companies. Despite what must have been a cacophony, Amy knew what Smart Tuition did well and leveraged that to move things forward. Put in a similar spot, I would have shrunk and shirked. Amy prevailed/prevails.

Epic event and people coordinator who now lights up integrations faster than Partners can put through requests. The times when I’ve thought – “Surely, I’m the only one still up, the only one still working. I’ll just send this last email and deal with the replies tomorrow.” — there’s almost always an immediate and helpful reply from Andria if anything mentioned is anywhere near her wheelhouse.

Don’t care about the official title, I’ve been around enough teachers to know one when I see one. So much more than just support to fix an issue. Meredith somehow manages to ensure I’m using the product to its fullest, and, if I am hacking things to get a fix, she insures I’m not being a complete idiot.

And I thought I cared about data. Karen probably kept me from launching a “Better Together” YouTube parody as she held my hand and guided me through a massive data import / refresh / renewal routine that was bulletproof, repeatable and as automated as possible. Want to get a room of folks nodding in agreement? Just mention how grateful you are for Karen Tupper and her work.

Wow. Sat next to Halley at a Blackbaud conference and watched her recreate the functionality the speaker was describing with nothing more than API calls and zaps from Zapier. She made me believe that even I could dabble as a developer — or at least understand the framework. I’ve met people who are passionate about what they do, and I’ve met people who are passionate about sharing what they do with others. Halley is both and has the skills to back it all up. It will be a sad day when she runs away from Blackbaud to join a circus (literally).

Loved being walked through user experience feedback tools and can’t believe how fast things are being tweaked / improved / refined. I’ve gotten whiplash (in a good way) watching requests get implemented as I’m still conditioned by all the years I spent staring at the same Wintel boxes thanks to VB6 — oh how times have (finally) changed. Carolyn is a Rockstar.

Thank you all. It is noted, appreciated, and, probably not often enough, said. 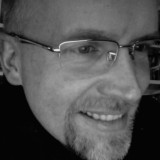 Previous Post: « Volunteer Fundraising with Raiser’s Edge NXT
Next Post: A Point of Sale that is not a POS »